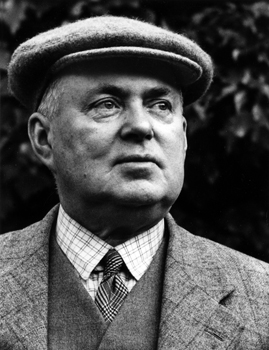 Frederick William Prance was born in Bideford on 25th June 1888. He was the eldest of five sons born to Frederick and Deera. His mother was determined that 'the brothers', as she affectionately referred to the boys, should not follow in their father footsteps and go to sea. On leaving school Frederick took up a trade and trained as a plumber working in and around the Bideford area. At this time he was a keen rower and a member of Bideford Amateur Rowing Club, taking part in regattas on the River Torridge. 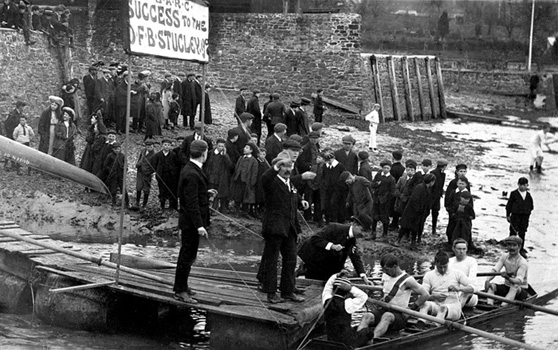 By the summer of 1909 he had met his future wife Bessie and planned to emigrate to America where they would be married. They planned for Frederick to travel ahead with Bessie following later once he had settled and found employment. Frederick duly sailed from Liverpool in October 1909 aboard the RMS 'CANADA'. Initially he travelled in Canada visiting Quebec and Montreal, then crossing into the United States to Niagara Falls. After a few weeks he found his way to St Louis where he settled and this became his base for the next year. 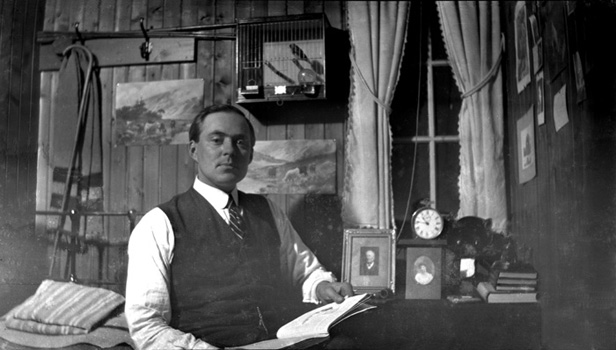 Frederick in his lodgings in St. Luois

However it was during this time that he contracted Malaria and, with family concerns regarding his health, made the decision to return to the UK. His dream of a new life in America was not to be and consequently in the autumn of 1911 he sailed from New York in the RMS 'MAURITANIA' and arrived back in Liverpool on 28 November. On his return Frederick found employment as a gas fitter in Morpeth, Northumberland where he and Bessie were married on 7 June1913. During the first world war he was draughted to the naval dockyard at Invergordon where he worked in a team of fitters repairing naval vessels. The dockyard had extensive facilities including a large floating dock which facilitated major repairs. Often the fitters were taken out to sea to meet incoming vessels so that work could start before they reached the shore, hence minimising the time they were out of action. During this time their only child, a son Bertram, was born in Morpeth on 7 August 1915. 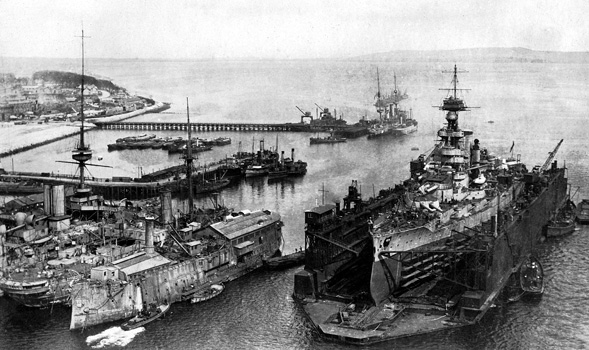 The Naval dockyard at Invergordon - c.1915

Soon after the end of the war Frederick and Bessie moved back to Devon and in 1921 Frederick opened a fresh fish shop in Exeter. It was at this time that his love of the sea was re-ignited and he aquired a small boat 'The Penguin' which he docked at Exmouth. Being only 10 miles from Exeter it was relatively easy to motor down to the boat whenever he had a few spare hours for an evening cruise along the River Exe or an afternoon fishing for mackerel off the South Devon coast. Many tales have been told of hair-raising car journeys to the docks in order to arrive in time to catch the tide. 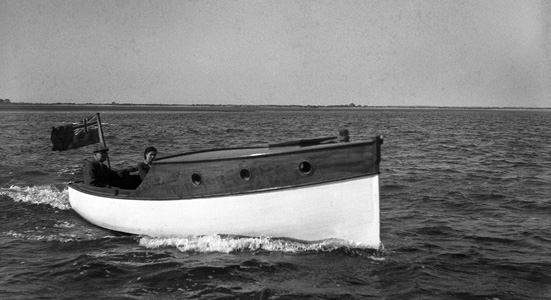 Meanwhile his business was growing and eventually he bought a larger premises nearby where he had a purpose built shop unit fitted out. As well as selling fresh fish he expanded the business to provide fish and chips. This was particulaly in demand during the years of the second world war when long queues were the norm, particulalrly in the evenings. During the 1950s Frederick became less involved with the business as his son, Bertram, took over the day to day running and he and Bessie moved to a new home in the nearby suburb of Whipton. While still helping out at the shop at busy times this gave him more time to develop other interests. For some years previously he had been a keen pigeon fancier and now took the opportunity to set up new loft. Here he reared his own birds and soon became a recognised expert in long-faced tumblers, his chosen breed. As such he soon became a respected show judge travelling extensively to shows around the country and making many new friends along the way. One of his other lifelong interests was photography and very soon this led to the establishment of a small business in specilist pigeon photography. It was a very niche area but following advertisements in the specialist press he had a steady flow of enquiries. Birds, mainly show winners, were sent to him from around the country and many of the resulting photographs appeared in the specialist press. His other main interest in retirement was philately and he built up an extensive collection specialising in stamps from Great Britain and Canada. He was an active member of the local philatelic society in Exeter and his interest also spread to many other family members. Bessie had been in poor health in latter years and died on 7 February 1968. Frederick remained reasonably active and was still driving his car in his 80s. He died peacefully on 15 March 1974. 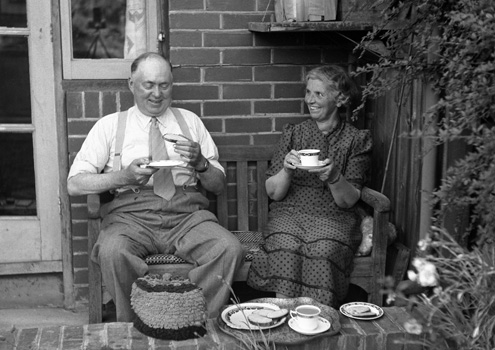 Frederick & Bessie relaxing in their garden at Whipton Lane - 1950s